Healing Your Gastrointestinal Disorders With Cannabidiol

Healing Your Gastrointestinal Disorders With Cannabidiol 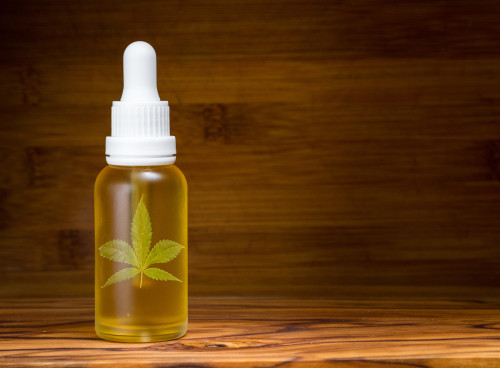 With the skyrocketing fame that is garnered by CBD nowadays, another feather in its cap is its frequent use in treating gastrointestinal illnesses (GI). The list of GI conditions includes the likes of gastroesophageal reflux disease (GERD), inflammatory bowel diseases like irritable bowel syndrome (IBS), ulcerative colitis and Crohn’s disease. The use of CBD for gastrointestinal issues is in fact just one of the many benefits of CBD.

Gastrointestinal disorders affect close to 20% of all adults in the United States. That is a strikingly large number of people who are held back by gut disorders. Of the many disorders, some of the prime suspects are gastroesophageal reflux- a condition that causes the contents of the stomach to flow backward, that causes heartburns, chest pain and difficulty in swallowing and/or a sensation of a lump in the throat.

Then there are inflammatory bowel diseases like IBS and ulcerative colitis and Crohn’s disease. These have the characteristic symptoms related to the chronic inflammation of the inner linings of the gut and the gastrointestinal tract. This can then lead to ulcers, bleeding, diarrhea and severe pain.

The situation may be bleak, but surprisingly the future may hold plenty of promise and hope…

The Gut And The Endocannabinoid System: An Unlikely Marriage

The gut has a couple of functions with the two main ones being the digestion of food and the defense of the host from attacking viruses and other foreign invaders like bacteria. The endocannabinoid system plays a pivotal role in the well-being of the gastrointestinal system. It has been found out that the immune system and the gut wall’s nerve linings, work in tandem so as to ensure chemical balance and gastric motility (muscular contraction that pushes food along the gastrointestinal tract). It doesn’t stop there—even intestinal inflammation, intestinal pain and maintenance of the gut lining have an active hand played by the endocannabinoid system.

The Gut Aka The Second Brain

Scientists have found that the disorders that entail the gut is in fact related to the enteric nervous system in some form or the other, which means that the receptors are an attractive target for the treatment of illnesses. Scientists have been able to figure out that the number of cannabinoid receptors can increase in the case of some of the intestinal illnesses. This goes to show that the endocannabinoid system is mounting a response so as to mitigate the off-balance and restore homeostasis in the body.

Close to 80% of the immune system surprisingly resides in your gut. The endocannabinoid system and the receptors are present in it and are ready to kick to action if there is a need to reduce inflammation. But the issue is when the endocannabinoid system is not working properly. It can lead to certain responses not getting triggered and can cause a spiraling effect of chronic intestinal symptoms- from bad to worse.

It is not only the cannabinoid receptors but other receptors such as GPR55, TRPV1 and PPARs that are found throughout the gut and play an active role in intestinal pain and inflammation.

Cannabinoids: Helping To Balance The Boat

Wherever there are endocannabinoid receptors, they can be interacted by cannabinoids such as tetrahydrocannabinol (THC) and cannabidiol (CBD). The interaction with the receptors CB1 and CB2 are therapeutic and this is why people around the world have started increasingly using CBD for gastrointestinal issues.

The cannabinoids help to coax the body to produce its own batch of natural cannabinoids that can latch to the endocannabinoid system. One thing to keep in mind when it comes to patients who are suffering from gut disorders is to understand that long-standing inflammation will take time to respond positively to cannabinoid therapy. Unlike western medicine, cannabinoid therapy is natural and it requires the body to get oriented to it to reap the benefits.

It can take up to 8-12 weeks for significant benefits to start showing up, and symptoms to start reducing. For some, it may take a shorter time for the results to show up, while for others it may take a week or two more. For some, CBD edibles can cause upset to the GI tract, and this is the reason why you need to take the consultation of a medical professional before you venture out to seeking CBD treatment. Although the side effects profile of CBD and similar cannabinoids are virtually clean, you wouldn’t want to temporarily aggravate gastrointestinal issues beyond a certain limit. Try your hand on this natural extract like millions of others have… 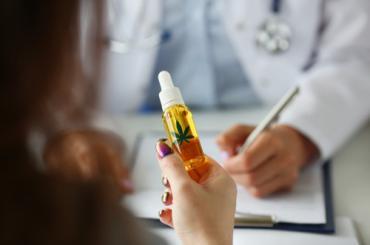