What Is CBDa And How Is It Beneficial?

What Is CBDa And How Is It Beneficial? 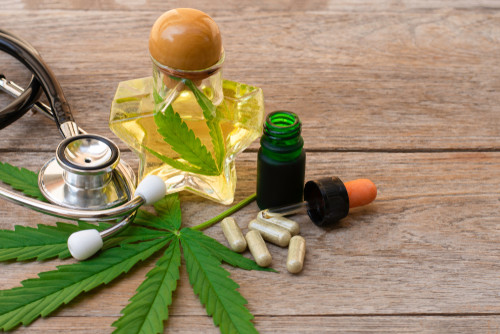 There are over 200 cannabinoids present in the cannabis plants alone and each one of them has different benefits. CBD is just one of them. During your research about CBD, you would have come across CBDa too. The benefits of CBDa might even sound better than that of CBD.

You might also come across products that use CBDa in it other than CBD. What is the difference between CBDa and CBD? Is CBDa better than CBD?

You will find all the answers to your questions related to CBD and CBDa here. Read ahead to know.

CBD or cannabidiol is a cannabinoid found predominantly in cannabis plants. But, if you do the necessary tests to detect CBD in cannabis, you will not find any. Surprisingly, you will find CBDa in huge amounts.

Most blogs or manufacturers do not mention the CBDa’s presence in cannabis plants. In truth, CBDa (cannabidiolic acid) is the precursor acidic form of CBD. To convert CBDa to CBD, you have to simply heat the raw hemp which causes decarboxylation.

No one realized the importance of CBDa until recently when tests were conducted and its therapeutic benefits were discovered.

What Does CBDa Do In The Body?

Due to the early discovery of CBD and since it is still under the spotlight, not much research has been done on CBDa. However, from researches so far, we have noticed that the two compounds have a very similar effect on our bodies.

Both CBD and CBDa do not get people high or stoned as they do not react with the endocannabinoid receptors that cause the euphoric effect. On the other hand, these two compounds show their properties by activating the 5-HT1A serotonin receptors. Serotonin is a neurotransmitter that controls mood, anxiety, sleep, and nausea.

When CBD was given to people with social anxiety, it was observed that they could speak in public more effectively. According to the preclinical researches done by giving CBDa to rats, it has anti-depressant qualities like CBD at doses 10 to 100 times lesser than CBD. Since CBDa acts on the 5-HT1A receptors, it has shown anti-nauseatic properties stronger than that of CBD.

Several studies have been conducted on CBDa in the preclinical level (on cell cultures and animals) but none have been performed on humans. Despite the lack of evidence, pharmaceutical giants have already taken a patent on CBDa for treating epilepsy. They claim that CBDa has better bioavailability than CBD.

However, it is safer to use CBD now due to the uncertainty around CBDa.