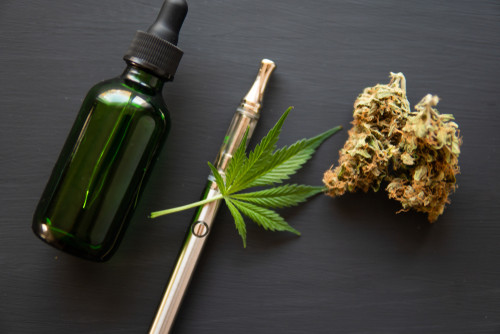 CBD has become the darling of the world. Eyes have been pulled from the conventional pharma, and people have now begun to take note of this medicinal extract more often. The journey was anything but easy for the oil in the pill bottles that you are seeing on your social media feed and kiosks at malls. Nevertheless, anyone who still hasn’t heard about this particular medication may indeed be living under a rock.

The industry has grown to reach far and wide, with a chunk of the audience from UK, the rest of Europe and North America. CBD is yet to find stride in the Asian continent and the market is somewhat untapped at the moment. With the expansion of CBD at the rate that we are getting to see now, the industry has begun to churn out a variety of CBD products more so than ever before- it is a great time to be a CBD user! But with the industry being a ‘baby industry’, there is still plenty that consumers are confused about. After all, the CBD industry came into existence in full swing in the United States only when the Farm bill was passed in the year 2018.

The main question is which forms of CBD provides an effective range of medical benefits for the user- Full-spectrum CBD and pure CBD- both have been the source of constant debates. Is one inherently better than the other? when do you use what? We are in the pursuit to find the answers to these very questions. Read on…

CBD or cannabidiol with its complex structure that contains an upward of 100 active cannabinoids, has been a chest of secrets for quite many years. The exact mechanism in which the hemp extract derives the health benefit that we know of, is still being studied. Each of these cannabinoids play a distinct role and contribute to the overall ‘effectiveness’ of the medication. Right from the anti-inflammatory properties of terpenes to the calming effects of CBDA, each makes up a piece of the puzzle in decoding the extract.

When they are present together, CBD and its cannabinoid brethren produce what is called the entourage effect. it is a synergic relationship between cannabinoids and terpenes that increase the effectiveness and enhance the overall holistic effect of the CBD mixture.

Entourage Effect: What CBD Isolate Misses Out On

Pure CBD or isolate CBD is devoid of the magical benefits of the entourage effect. There are no other cannabinoids present in the mixture apart from CBD. A recent study at the Lautenberg Center for Immunology and Cancer Research, which was aimed at showcasing the effectiveness of CBD isolates when compared to the full-spectrum counterparts concluded that in the entire tests that they had conducted, CBD isolates were ineffective before and after a certain dosage. The effectiveness of full-spectrum CBD continued to increase as the dosage increased.

The result in essence indicates that the CBD is only effective against inflammation and pain at a certain dosage; whereas cannabinoids that are present in the full range will continue to provide the effects even if the dosage rises.

What Do Pure CBD Have Going On For It?

It is confirmed to a degree that full-spectrum CBD is the preferable CBD product, but there is still the belief that CBD on its own is effective. Why?

CBD cannabinoids that are free from terpenes or any of the other components, will allow in getting a powerful and effective dosage of CBD alone. Taking CBD pure extract might be the most efficient way of getting CBD to the system and in sufficient quantities too, but the lack of the entourage effects is a black mark that reduces the long-term benefits that one can avail from the extract.

It would be wise to go for CBD isolates especially if you are trying to stay clear of THC which can often lead to the flagging of a false positive in drug tests. If your workplace has strict drug test policies, then it would be better for you to shift towards isolates, if not broad-spectrum CBD.

What Should You Go For- CBD Isolates Or Full-Spectrum CBD?

As per the data and the overwhelming research, the odds are stacked in favor of full-spectrum CBD products. The scientific literature that is emerging, is in support of the entourage effect and its increased benefits.

The usage of full-spectrum CBD is higher and this has led to CBD suppliers and manufacturers increasing the production over the years. If you are to choose what it is that you should go for, the advice would be to go with full-spectrum CBD. The health benefits that you are in line to get, cannot be looked over! Order yourself some, and take the first steps to an enjoyable CBD therapy experience.